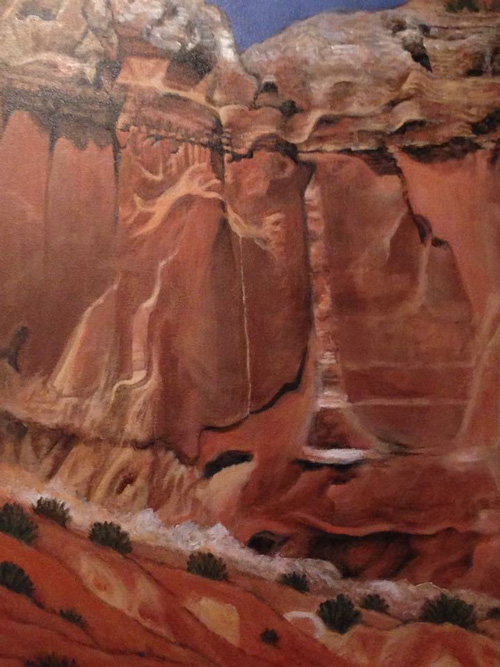 A Hard Look at the Environmental Rule of Law

Years in the making, the first global report on the Environmental Rule of Law (ERL) was issued by the United Nations Environment Program and the Environmental Law Institute (ELI) in January 2019.  The report is a comprehensive review of worldwide progress in the development and implementation of the key elements of environmental law and is available for free on ELI’s website.  Extensive analysis of data and statistics accompanies a series of color-coded maps showing what the nations of the world had accomplished in 1972, 1992, and 2017. (The Earth Summit of 1992 greatly accelerated the adoption of environmental laws.)   Case studies highlighted in the main text describe innovative practices such as the use of specialized environmental courts in New South Wales, Australia, and Kenya. Their Environment and Land Courts offer flexible and informal procedures that can speed dispute resolution and decisions.

The report is divided into an introduction and five substantive topics:  Institutions, Civic Engagement, Access to Information, Rights, and Justice.  The section on institutions is focused on the challenges of administration more than the specific content of environmental laws and stresses the need for “capacity, accountability integrity, and leadership” by officials.  I would add patience and persistence to those qualifications.  As a former federal and state official, I was not surprised to learn that environmental agencies in other countries deal with “regulatory overlap and underlap” and constant demands for coordination of many actors and interests in implementing environmental decisions.  They all struggle with making technical, multidimensional decisions amid intense economic, social, and political pressures.

The section entitled “Rights” is likely to be very informative and thought provoking for U.S. lawyers.   The report states that since the 1970s, “environment-related rights have grown more rapidly than any other human right,” and that by 2012, over 66% of national constitutions included a range of environmental rights.  Such provisions usually enable citizens to seek remedies for environmental harms directly from responsible parties and agencies. The report concludes that constitutional law and human rights law can provide an important safety net where there are gaps in legislation, important norms, and forums for addressing climate change.

The report’s thorough review of the recognition of environmental rights abroad is timely.  Today, the U.S. is heading for decisions on whether the due process clause of the Fifth Amendment to the U.S Constitution and the public trust doctrine empower the young plaintiffs in Juliana v. United States to succeed in their claims that the federal government has a duty to adopt a comprehensive plan to prevent grave injury to health and the environment and special harm to their generation from climate change.

In Juliana, District Judge Ann Aiken denied the government’s motion to dismiss, finding that the Juliana plaintiffs’ claims, though novel, should proceed to trial.  She held that a claim for a due process violation is stated “ where a complaint alleges knowing government action is affirmatively and substantially damaging the climate system in a way that will cause human deaths, shorten life spans, result in widespread damage to property, threaten human food sources, and dramatically alter the planet’s ecosystem.”  Juliana v. United States,  217 F. Supp. 3d 1224, 1250. (D. Or. 2016).

Following years of procedural twists and turns, the case was argued before the Ninth Circuit on June 4. The main issue is whether the district court correctly ruled that plaintiffs have stated a legal claim that merits a trial on the facts.  The federal government in both the Obama and Trump Administrations has opposed recognition of any legal basis for such claims warranting a trial.

By contrast, the ERL report describes decisions by courts in Pakistan and the Netherlands ordering the national governments to take stronger action to regulate greenhouse gases at the behest of citizens and organizations suing under constitutional or international conventions construed to confer environmental rights. Other non-U.S. tribunals have been similarly willing to recognize such rights and prescribe sometimes sweeping remedies.

Will the Ninth Circuit or the Supreme Court also support the Juliana plaintiffs’ claims?  Probably not.   The substantive due process rationale for finding implied rights under the Fourteenth Amendment’s protection for life, liberty, and property cited by judges long ago to strike down state worker safeguards and other economic regulations has been generally discredited as allowing improper legislating by the judiciary. Substantive due process claims are usually successful in preventing government action rather than requiring it.  Since the 1960s, the only new implied rights recognized by the Supreme Court have protected personal privacy in sexual relations, including the choice of abortion, and supported a right to same sex marriage.  Those decisions voided contrary state laws but required little or no affirmative new action by the federal government.

The plaintiffs’ second substantive due process claim is the common law public trust doctrine defining a duty of government to protect submerged lands and other resources,  which is grounded in historic government ownership of specific  natural resources.   The law on public trust rights and duties is too complex to explain  here.   But so far, the public trust doctrine has not yet been applied to compel action by the federal government, and it seems unlikely that the current Supreme Court, if not the Ninth Circuit, will uphold the claim for the first time in this case.

The ERL report chapter on rights concludes  that “a rights based approach is more suitable for policy direction and for protecting people from egregious actions, rather than substitute for environmental regulation and enforcement.”  The issue in Juliana is egregious inaction. Whether or not the U.S. appellate courts are willing to break new ground on environmental rights, it will be interesting to see how the judges characterize a serious threat to the well being of the young plaintiffs that the federal government is failing to address or even acknowledge today.

The ERL report offers numerous good recommendations to upgrade performance and to monitor and track indicators of improvement in the environmental rule of law.  Environmental lawyers should be seeking ways to help.  All in all, this ambitious baseline report ably documents notable progress to celebrate, but reveals much more to be done to make environmental law work to secure a sustainable future.