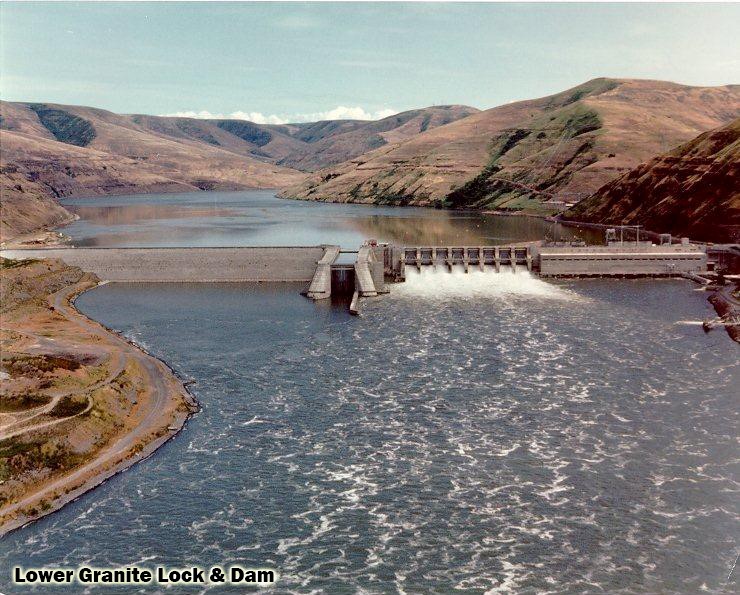 FIGMENTS OF THE IMAGINATION

I first saw Grand Coulee Dam as a 10-year old.  My family and I were on our way to Spokane, Washington to attend Expo ’74, officially titled the “International Exposition on the Environment.”  Expo ’74 was notable for being the first environmentally themed World’s Fair.  It was also notable in that Spokane was, at the time, the smallest city to host a World’s Fair.  It took temerity for a relatively unknown, provincial city to pull off the feat.  In the end, it came down to imagination, a refusal to accede to common wisdom that they were dreaming too big, and the good timing to tap into the emerging environmental consciousness of the 1970s.

It is hard for a 10-year old to look at one of the largest concrete structures on earth and not accept it as a permanent, perhaps inevitable, feature on the landscape.  But much like Spokane hosting the World’s Fair, Grand Coulee Dam was hardly inevitable.  The construction of the dam was driven not by inexorable forces, but by the vision of a few key individuals, their refusal to be dissuaded, and the right confluence of circumstances.

In Grand Coulee: Harnessing a Dream (Washington State University Press, 1994), author Paul C. Pitzer documents decades of conflict between competing proposals to irrigate Washington’s arid Columbia Basin.   For most of those decades, powerful business and political forces opposed the idea of a dam on the Columbia River, instead backing a competing plan to irrigate the basin through gravity flow from a different source.  For decades, studies dismissed the idea of a dam at Grand Coulee, and pumping water from behind the dam to irrigate, as technically and economically infeasible.  Opponents also spun the idea of a publicly owned, power-producing dam as a socialized threat to existing energy and agricultural interests.

What changed?  First, a 1933 study supported the idea that power revenue from the dam could offset pumping costs and deliver irrigation more cheaply than the “gravity plan.”  More importantly, however, the Great Depression provided the right context for the dam promoters’ vision to take hold.  The promoters had long visualized the dam as a bold tool for transforming Washington’s agriculture and industry—build the dam, and progress will follow.  Their vision coincided with that of Franklin D. Roosevelt, who folded into the New Deal a project that would both deliver cheap public power to promote industry and subsidize irrigation to convert vast stretches of sagebrush into farmland.

Similar stories played out in the construction of other dams in the Columbia River system, including four dams erected in the 1960s and 70s along Washington’s lower Snake River.  The costs-versus-benefits of the lower Snake River dams were vigorously debated from the start.  But the vision behind the dams—creating a new barge transportation corridor and inland seaport at Lewiston, Idaho, while supplementing the Pacific Northwest’s hydropower and irrigation capacity—was strong enough to carry the idea forward.

The contrary vision of an undammed river, however, has never died.  If anything, it has grown stronger over time, bolstered by environmental laws and protracted litigation based on those laws.  Anadromous salmon and steelhead in the Snake River and its tributaries are at a fraction of historic levels, with all four species listed as threatened or endangered under the Endangered Species Act.  Although all the lower Snake River dams are fitted with fish ladders, the dams and their slackwater are widely viewed as back-breakers among a multitude of factors stacked against these species.  Billions of dollars have already been spent to improve fish passage around the dams (including barging fish around the dams), with very little effect.

The idea of dam-breaching on the scale required to dismantle the lower Snake River dams might seem audacious.  But like Expo ’74 and the story of Grand Coulee Dam, what seems audacious in “common wisdom” might, in fact, not be far-fetched.  And like those efforts, the right timing for the idea might have come.

On February 7, Idaho Representative Mike Simpson (R) released a Northwest in Transition Plan that proposes breaching the earthen berms of the four lower Snake River dams by 2031.  Simpson advanced the plan to break what he called an “unsustainable status quo” of poor salmon returns, endless litigation, and regional uncertainty.  Noting President Biden’s plan for a massive infrastructure and clean energy bill, as well as the number of Northwest members of Congress holding positions of power, Simpson posits that there is a “unique opportunity” for Northwest stakeholders to “create their own certainty and security,” rather than leave the fate of salmon and the dams to the courts.

In addition to breaching the four dams, Simpson’s plan calls for creating a $33.5 billion “Implementation Fund” that, among other things, would support efforts to replace the energy produced by the dams and mitigate agriculture and transportation impacts created by breaching.  Significantly, Simpson’s proposal would also limit further environmental litigation.  The proposal includes a 35-year moratorium on litigation under the Endangered Species Act, NEPA, and the Clean Water Act related to all greater-than 5-megawatt FERC-licensed dams in the Columbia River basin, as well as locking in a 35-year license extension for those dams.  It would also provide “agriculture interests” that participate in designated “watershed partnerships” with a 25-year exemption from all Clean Water Act and Endangered Species Act suits related to “water issues.”

It is unclear whether Representative Simpson’s proposal will take hold.  Even if the proposal fails, however, the vision of breaching the lower Snake River dams will almost certainly endure.  Dams are only as permanent or inevitable as the human imagination allows, even if they might seem immutable to a 10-year old.