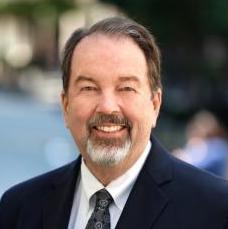 Jim Bruen earned his undergraduate degree from Claremont McKenna College and his law degree from Stanford University. Immediately after graduation, he worked in the Office of the General Counsel at the Federal Communications Commission’s Washington, D.C. headquarters. Between 1970 and 1977, he was a Criminal Division Assistant US Attorney (AUSA), then a Civil Division AUSA and finally Chief of the Civil Division in the Office of the United States Attorney for the N.D. CA. He left to become an environmental counselor and trial lawyer, as well as a domestic/international product steward, in the San Francisco firms of Landels, Ripley & Diamond and thereafter Farella Braun + Martel. He was inducted into the original class of the ACOEL in 2008. He served as the Region 9 Membership Committee chairman and thereafter became Secretary of the ACOEL in 2014/15, President-Elect of the ACOEL in 2015/16 and President of the ACOEL in 2016/17. He became President of the ACOEL Foundation in 2017/18. He currently serves as a Member of the ACOEL Executive Committee, as Chair of the ACOEL International Pro Bono Committee (since 2013) and has been an on-going officer of the ACOEL Foundation since it began operations. He has also served as an interviewer in ACOEL videotaped programs for the college’s archives and college Education Committee “pivotal moments” series.