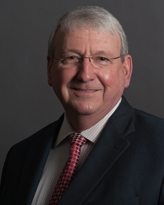 Tommy has a trial practice that concentrates on complex environmental, toxic tort and mass torts, including class actions. He is active in the American Bar Association, having served as ABA President 2008-09, as well as Chair of the ABA Litigation Section, 2000-01. He is listed in Best Lawyers in America, and was named one of the Top Ten attorneys in Alabama by Super Lawyers. He is a Fellow of the International Academy of Trial Lawyers and the Litigation Counsel of America, in addition to ACOEL.